A Day at the Rubin

A couple of days ago I managed to visit the Rubin Museum of Art. Up until several days ago I did not know that the museum even existed, and it is neat that in New York City a museum devoted to Tibetan Art exists.

Anyhow, the most interesting part of the museum had to be the paintings of the deity Mahakala. I previously heard about Mahakala after reading a biography of deranged White Russian general Roman von Ungern-Sternberg called The Bloody White Baron. It is horrible, albeit fascinating, how a scion of the German Baltic nobility can end up being obsessed enough with the Russian far-east to learn languages such as Buryat, and proceed after the end of WW1 to go conquer Mongolia, gain the title of Khan for freeing the Bogd Khan, and allegedly even that he was the earthly incarnation of Mahakala.

But enough about Sternberg, entire articles can be written on the sheer terror and strangeness that is his life. The interesting thing about the Rubin when I visited was that they did include paintings and artifacts related to Mahakala. It is interesting because a common reputation of Buddhism is that it is rather friendly, and the existence of Mahakala shows a more violent side to the whole thing. The more fascinating thing about Mahakala is he is not actually an evil deity! Despite his extremely fearsome appearance, from what I can glean doing a bit of research, he was a protector deity who existed protect monks and other people.

I took several pictures of Mahakala when I ran into him (what is the proper gender schema for Tibetan deities?), but only one felt right. ) 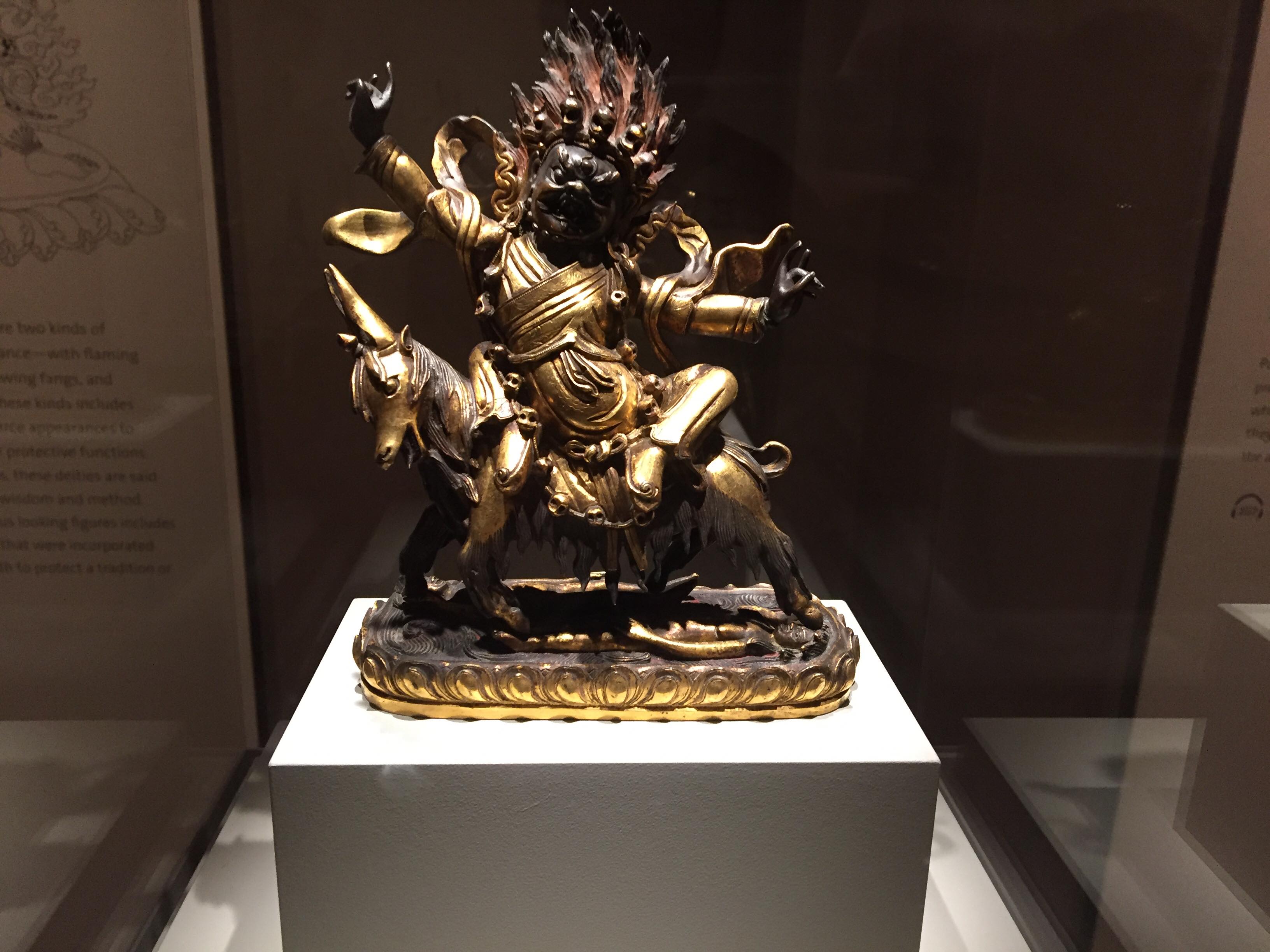 Beyond Mahakala, on the bottom floor they had an exhibit on Indo-Futurism which is very outside my frame of reference but seemed neat and somewhat subversive. The name remined me of Afro-Futurism, which I bet was intentional.

Anyhow if ever in NYC I recommended to visit the Rubin museum, it is something different compared to the other NYC Museums, and it seems to respect the art and artifacts, which is always good, considering these times.